Are You Up to Date on FACTA & Your Obligations? 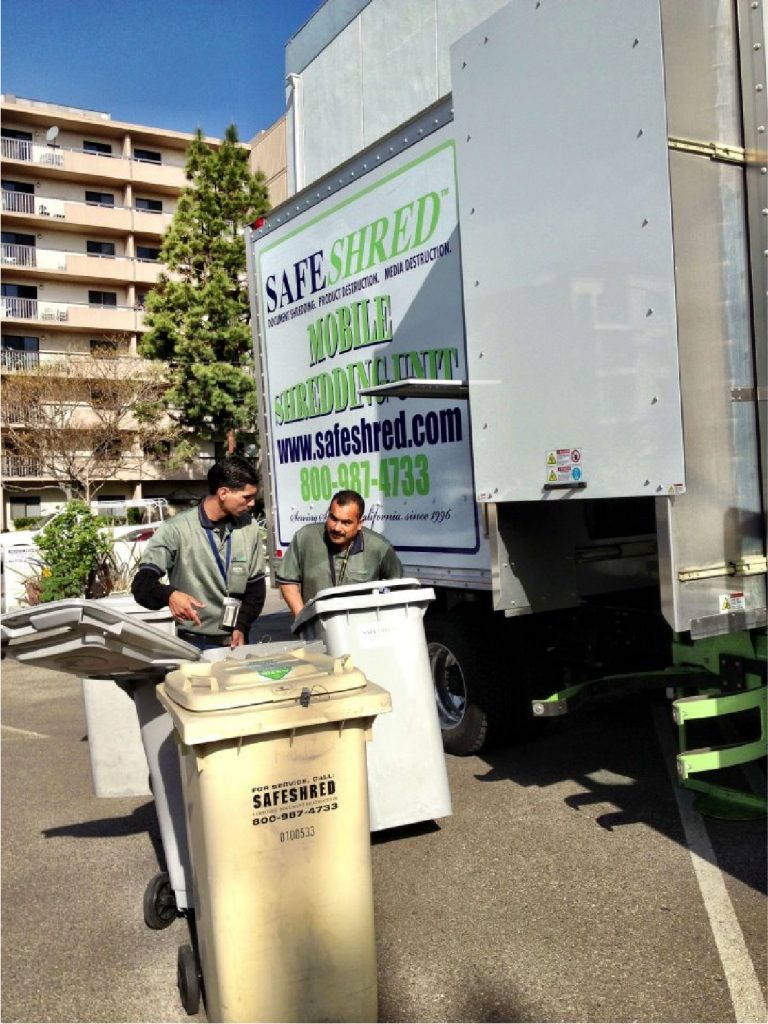 Data security has become a prime concern for many Americans and businesses alike. With California filing the third highest number of identity theft complaints of any US state per capita, it’s clear that data security is a real issue which has held fairly steadily over the past few years; despite new advancements in data security […]

We hear and read about it all the time in the news; data breaches affecting large financial institutions and big-box retail stores; another familiar headline splashed across the tv screen. But what about small businesses? Due to the false sense of security interpreted by many small business owners, it has become a common belief […]

The Importance of Secure Document Shredding for Your Financial Institution

Operating and managing a bank successfully requires endless procedures and accountabilities that must be in place. Specifically, one of the most valuable services a financial institution can offer is the ability to protect customer privacy and confidential information. Secure shredding of sensitive documents is a vital part of maintaining privacy, especially those dealing with large […]

An Overview of Our Hard Drive Destruction Services

It’s no word of a lie that many hard drives are obsolete these days. Often, these boxy contraptions serve as nothing more than dust collectors in your basement. As we draw closer and closer to spring, people often begin clearing out the clutter in their homes as a form of spring cleaning. Old clothes get […]

2021 is finally here after a trying year that many were eager to end. Last year threw us many unusual and unexpected challenges. Many of us began working from home, which led to an increase in online security breaches. With many still planning on working remotely over the next year, it is estimated that 55% […]

As Christmas draws near and New Year’s Eve fast approaches, this time of year is when people often reflect on the year they’ve had. Now is the time of year when children are on their best behavior, for fear of making Santa Claus’ naughty list. However, we can’t only point fingers at misbehaving children. Adults, […]

Are You Shredding These 4 Documents?

Many of us are still working from home or have begun to adjust to the complexities of working at an office during a pandemic. Even though there is an added level of difficulty these days when going about day-to-day life, there is one thing that should remain consistent: shredding your documents. This blog is going […]

October is recognized for many as a month of celebrating all things horror-themed. The temperature drops off and the leaves fall, setting the scene to enjoy horror movies, pumpkin carving, and candy. Even though this Halloween will be much different than years past, there’s no better time to keep in line with the horror theme […]

Online Covid-19 Scams You Should Watch Out For

This year has certainly been a strange one, to say the least. This global pandemic has, understandably, caused widespread fear and uncertainty. Some have lost their jobs and are having difficulties paying their bills. Going to the grocery store is a hassle and when anyone comes within a few feet of you, you instinctually begin […]

How a One-Time Shred Benefits Your Workplace

If you typically work at an office, you know that paperwork begins to pile up over time. When it gets out of hand, desks become cluttered and messy. A cluttered workspace is not only concerning from a productivity standpoint; it also poses the concern for a data breach. The solution? Shredding services. With document destruction, […]